From CEO and Founder Eddie Stone 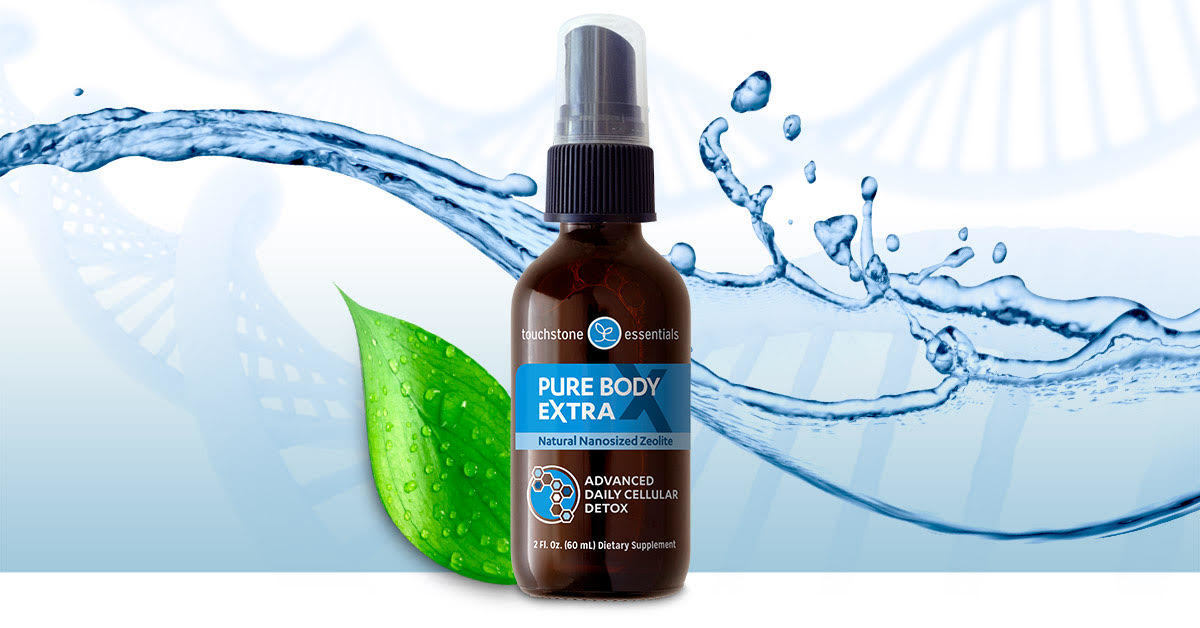 We don’t typically respond to what’s on the internet; however the recent articles by Mike Adams of Natural News about heavy metals in zeolites are creating confusion and concern.

So I wanted you to hear from me about how we create zeolite products that are safe, effective and third-party tested.

Not all zeolite products are created equal. The zeolites that Mike Adams tested in his lab were all powdered zeolites, and most likely “raw” meaning they did not undergo any cleansing whatsoever.

The article also said that no one tests and posts their results.

Well… we do. And we have since the very beginning of Touchstone Essentials.

Take a look at the independent third-party tests for Pure Body Extra:

From the outset I was concerned that other zeolite providers did not cleanse their product, which makes it ineffective, plain and simple.

After all, a zeolite that is already full of metals cannot absorb them from the body. Zeolite that is cleansed IS a safe and effective detoxifier.

This independent chemical analysis dissolves the zeolite to show what’s inside. And as you can see, Pure Body Extra is remarkably pure with no trace of these heavy metals. It is one reason why we hear so many stories of positive results.

We also do a full chemical analysis on Pure Body, our zeolite in a liquid suspension. Again the testing requires dissolving the zeolite in harsh acids in order to access the components. 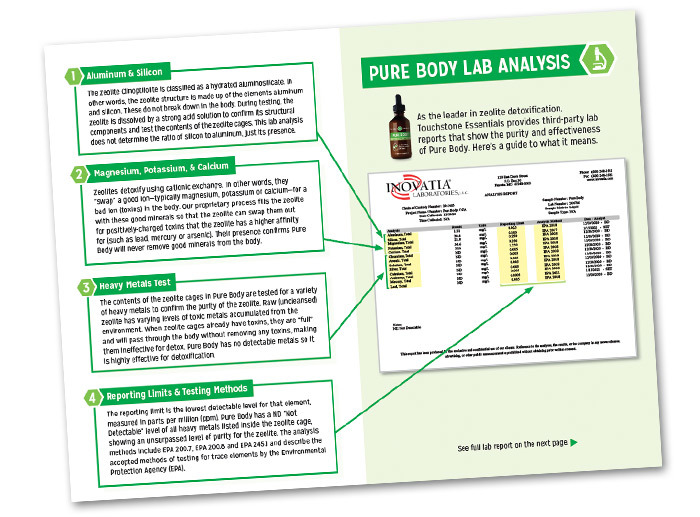 The results show no detectable heavy metals inside the zeolite. In contrast raw zeolite may have lead levels of 60 parts per million inside its cages. That is to be expected… after all, zeolites trap metals in the environment.

Natural News did not test Pure Body or Pure Body Extra. As far as I know we are the ONLY company to thoroughly cleanse the zeolite, AND invest in third-party independent testing. Our test results are available online for all to view.

Mike Adams made a number of other claims about zeolites; from saying they are not absorbed into the bloodstream, to how making zeolites smaller would release aluminum and lead. Suffice it to say he is not a zeolite expert.

We know that raw zeolite is not absorbed in the bloodstream, it is simply too big. Zeolite must be resized to make it small enough to pass through the intestinal membrane.

While a small portion of the zeolite structures may lose their negative charge during resizing, it does not break the structure. Zeolite is incredibly durable. The testing by Mike Adams used strong acid to break down the zeolite to get those results.

In the case of Pure Body Extra we use sophisticated proprietary processes to size it in the nanometer range so it can actually fit in-between water molecule clusters, enabling a full body detox. You can learn more about it on the product page (learn more).

And the zeolite we use, Clinoptilolite has been granted GRAS status, that is Generally Recognized As Safe by the Food and Drug Administration.

While I am concerned that the Natural News articles may put some people off from trying this remarkable detoxifier, I am glad that sellers of raw zeolite have finally been exposed for selling inferior products.

We hear so many stories of lives changed with pure zeolite. You can read these stories for yourself in the online reviews we get every day. In ways big and small, removing toxins from the body allows you to achieve better health.